According to his Twitter bio, Dr. Mark D. Griffiths is a Chartered Psychologist and Distinguished Professor of Behavioural Addiction at the Nottingham Trent University. He is also a remarkably prolific researcher, with a Google Scholar h-index of 125. In this recent tweet he reports having just published the 879th paper of his career, which according to his faculty page makes about 30 publications per year since he obtained his PhD. In fact, that number may be a low estimate, as I counted 1,166 lines in the "Journal Articles" section of his publications list; half of these were published since 2010, which would represent more than one article published per week, every week of the year, for the last ten years.

Now, even 30 publications a year represents a lot of writing. I'm sure that many of us would like to be able to produce even a third as many pieces as that. And helpfully, Dr. Griffiths has written a piece at Psychology Today in which he give us "some general tips on how to make your writing more productive". But there is one tip that he didn't include, which is that copying and pasting extensively from one's previous manuscripts is a lot faster than typing new material.


Here is a marked-up snapshot of a book chapter by Dr. Griffiths: 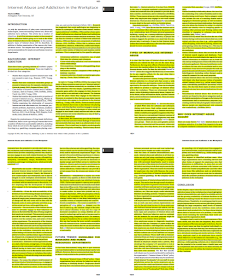 The highlighted text appears to have been copied, verbatim and without attribution, from an earlier book chapter:


This is a snapshot of a journal article: 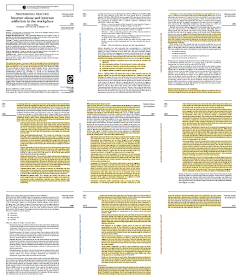 Over half of this article (the highlighted part in the above image) consists of text that appears to have been copied, verbatim and without attribution, from the same 2004 book chapter that was the source for the 2005 chapter depicted in Exhibit 1a, despite being published six years later.

One might, perhaps, have expected an article on the important and fast-moving topic of workplace Internet abuse to consist entirely of new material after such a long time, but apparently Dr. Griffiths considered his work from 2004 to still be highly relevant (and his assignment of copyright to the publisher of the 2004 and 2005 books to be of minor importance), to the extent that the 2010 article does not contain the terms "social media", "Twitter", "Facebook", "YouTube", or even "MySpace", although like the earlier chapter it does mention, perhaps somewhat anachronistically, the existence of web sites that host "internet versions of widely available pornographic magazines".


Next up is another journal article:

Griffiths, M. (2009). Internet help and therapy for addictive behavior. Journal of CyberTherapy and Rehabilitation, 2, 43–52. (No DOI.) 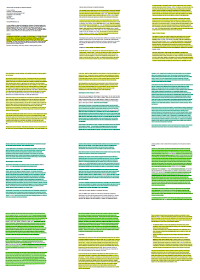 The highlighted portions of this article appear to have been copied, verbatim and without attribution, from the following sources:


Closely related to the previous exhibit is this book chapter: 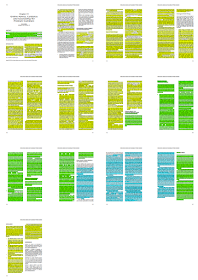 The highlighted portions of this chapter appear to have been copied, verbatim and without attribution, from the following sources:

Apart from a change of coding colour, those are the same three sources that went into the article in Exhibit 2a. That is, these three source articles were apparently recycled into an article and a book chapter.


This one is a bit more complicated: an article of which about 80% consists of pieces that have been copied, verbatim and without attribution, from no less than seven other articles and book chapters. 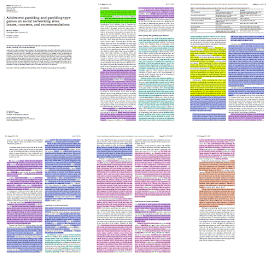 The source documents are:

Note that it is possible that I may have used more source documents than strictly necessary here, because some sections of the text are further duplicated across the various source articles and book chapters. However, in the absence (to my knowledge) of any definitions of best practices when looking for this type of duplication, I hope that readers will forgive any superfluous complexity.


In his Psychology Today piece, Dr. Griffiths describes a number of "false beliefs that many of us have about writing", including this: "Myth 2 - Good writing must be original: Little, if any, of what we write is truly original". I don't think I can improve on that.

All of the annotated documents that went into making the images in this post are available here. I hope that this counts as fair use, but I will remove any document at once if anyone feels that their copyright has been infringed (by me, anyway).